Enrico Malatesta is an Italian percussionist and sound researcher active in the fields of experimental music, sound intervention and performance.

His practice explores the relations between sound, space and body, the vitality of materials and the morphology of surfaces with particular attention to percussive acts, touch based-perception, and modes of listening. Since 2007 Malatesta has presented his work with tours across Europe, Brazil, South Korea, Japan, UK, North America and Russia, and has performed in festivals and special events in venues such as Pirelli HangarBicocca in Milan, Berghain in Berlin, and MAM in Rio de Janeiro. 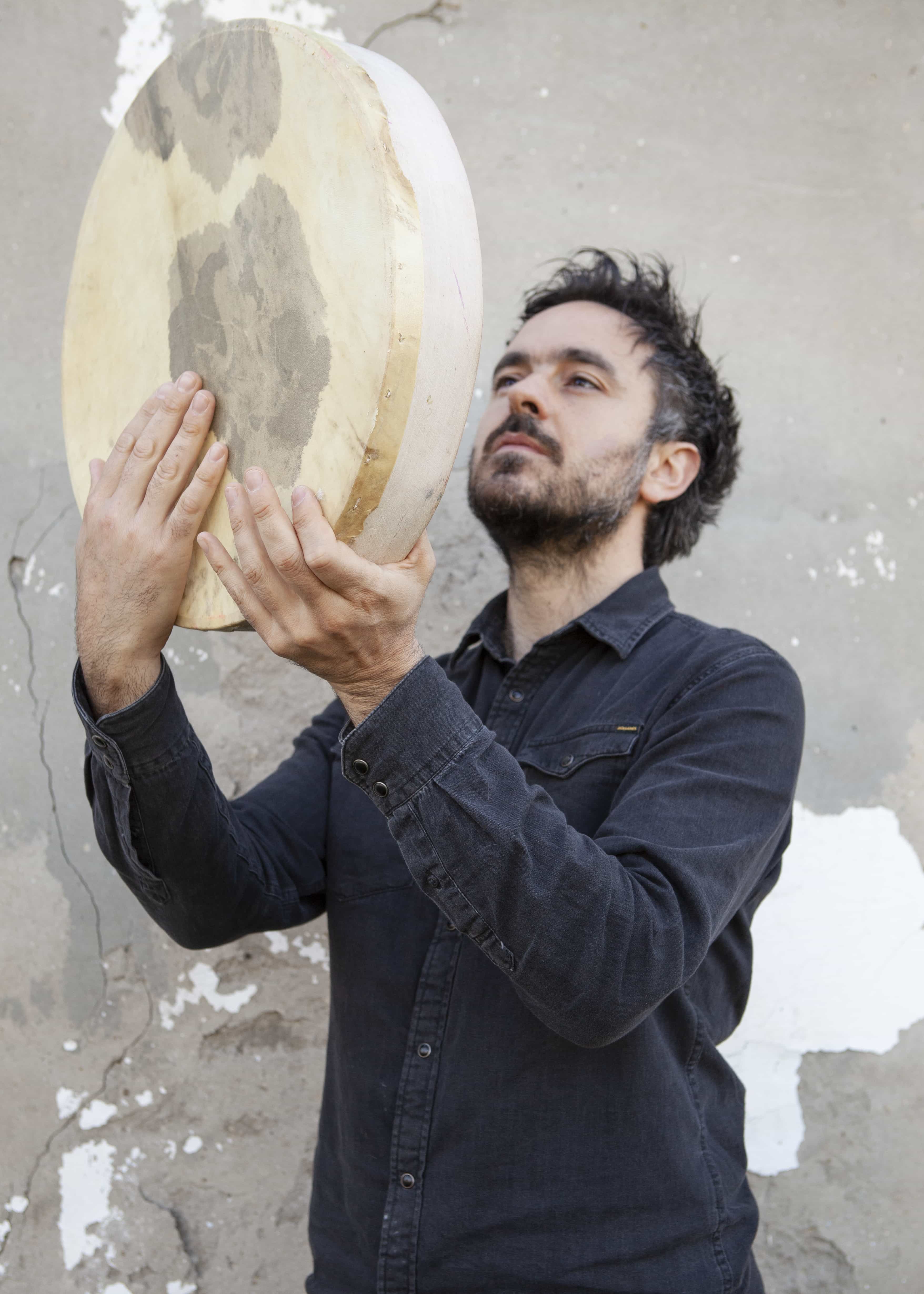 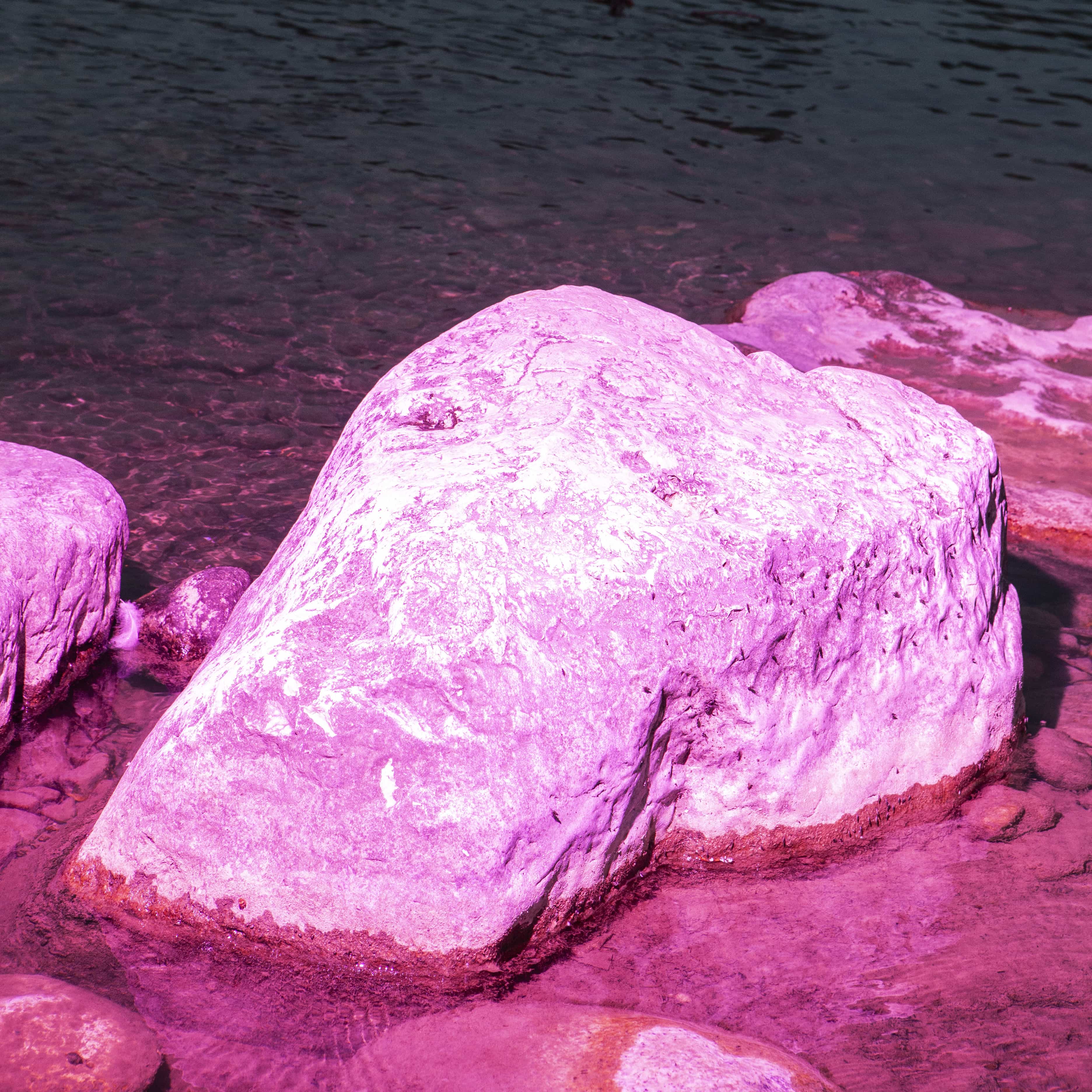 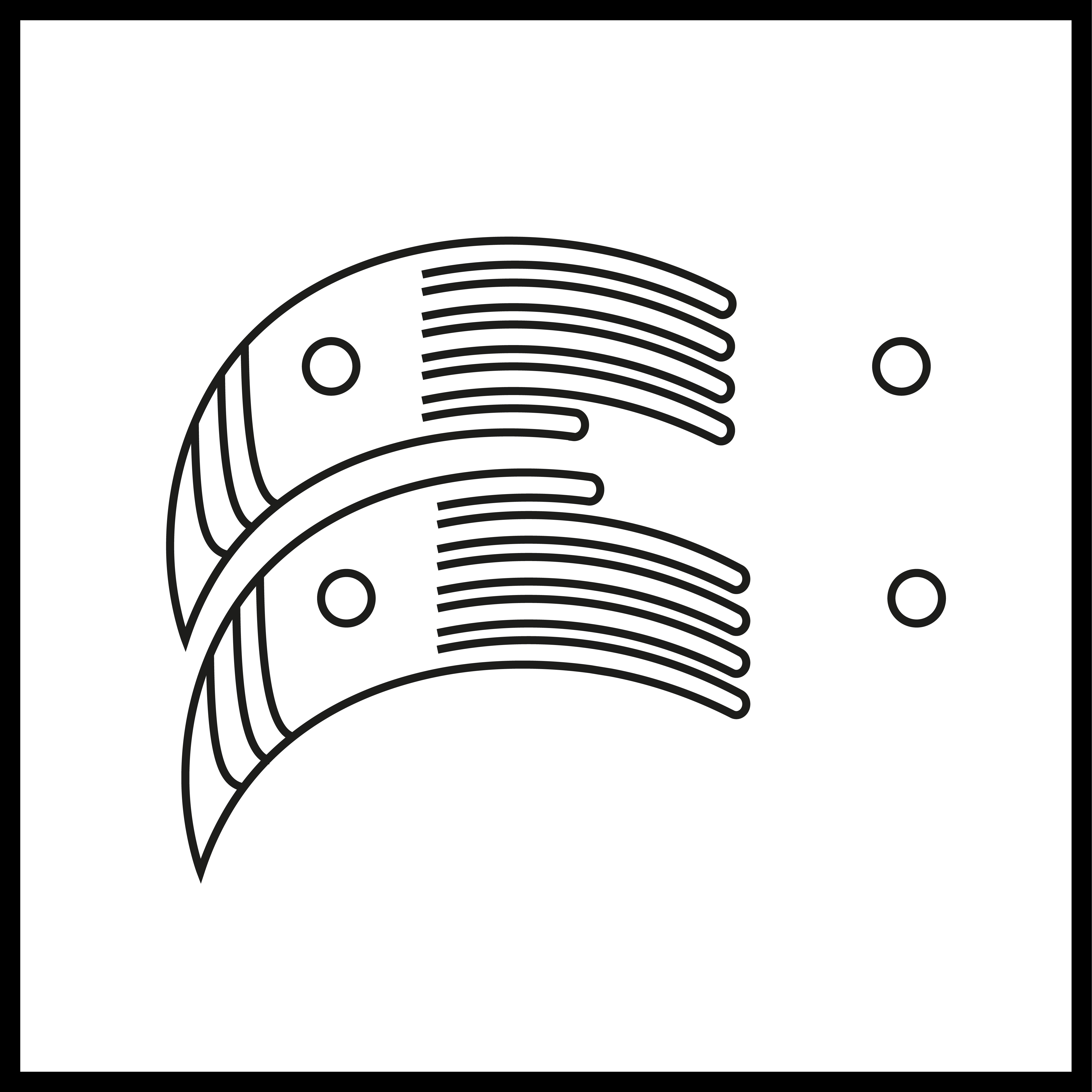 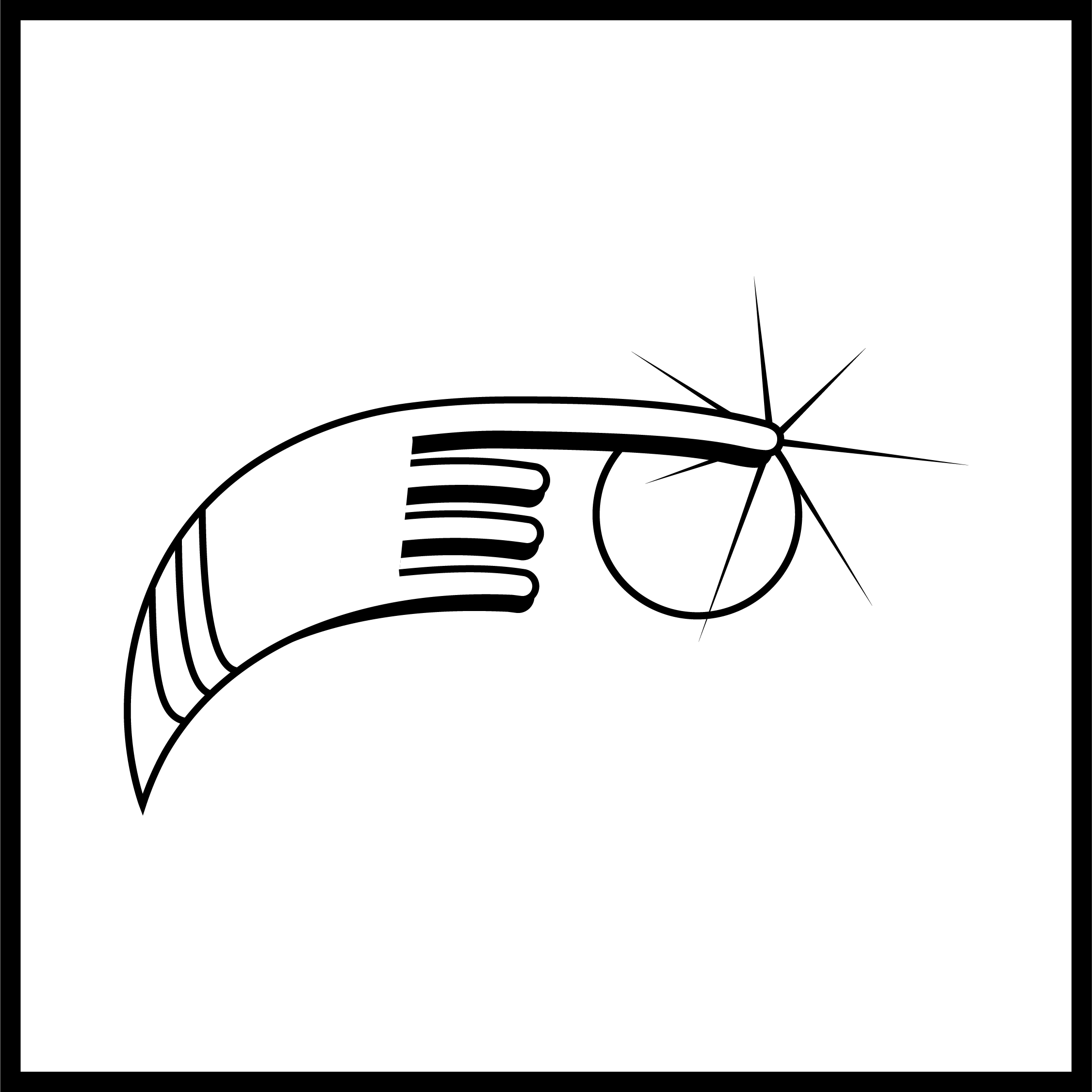 A project by ENRICO MALATESTA and CHIARA PAVOLUCCI.

Manicula is an artistic research format aimed at combining practices involving image and sound in relation with the themes of CITY and WALKING, with a CALM DRIFT that connects different URBAN SPACES and TERRITORIES in a common network.

Manicula consists in a collection of ACTIVE LISTENING and OBSERVATION EXERCISES aimed at investigating the acoustic and visual phenomena present in some parts of the city; the areas of activation of the practices are not declared, but indicated by reference symbol. The project is a kind of TREASURE HUNT and it does not require the presence and mediation of a performer/artist/guide. Each individual decides how to undertake the search for symbols and how to use the available scores to investigate, on the one hand, the relationship between SOUND AND SPACE through the use of the body and, on the other hand, the observation of VISUAL PHENOMENA related to the movement of light and its interaction with surfaces/layouts of the city. Manicula also invites people to continue the exploration by enriching it with their own personal research. No specific knowledge or skills are required to try the proposed exercises.

Manicula is an OPEN PROJECT that also includes live performances, workshop as well as a visual and textual JOURNAL that documents the research and the WALKING PATHS carried out in situ by the authors. 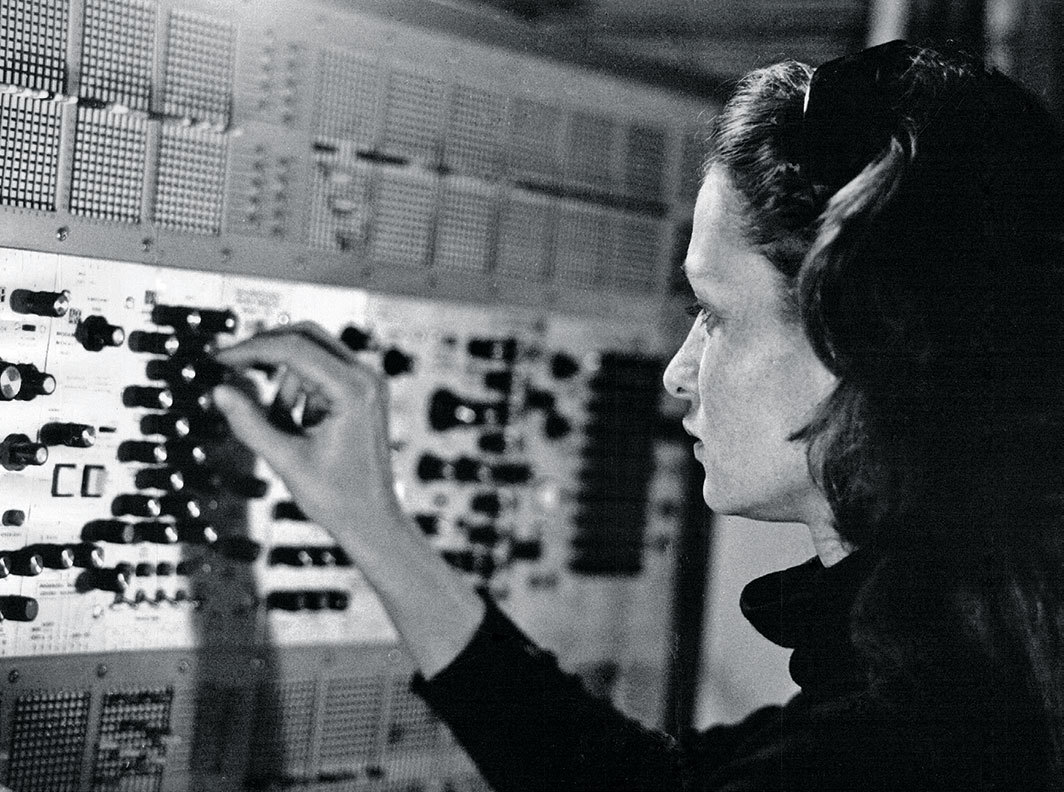 I am grateful to be part – since 2018 – of Radigue's Occam Ocean series by playing the solo percussion piece Occam XXVI for cymbals and frame drum, plus a series of ensemble pieces part of this vast musical project.

Occam Ocean Occam XXVI is an exceptional project, the result of collaboration between Éliane Radigue, French composer, pioneer of the exclusive use of continuous sounds, and Italian percussionist, Enrico Malatesta. Composed in Paris, in August 2018, the piece has been presented worldwide since.

Éliane Radigue stopped producing electronic music and began creating collaborative works with instrumentalists in 2001. Since then, she has produced over 70 works ranging from solos and string quartets to works for orchestra. She began creating Occam Ocean ‒ the series that makes up most of this prolific output ‒ in 2011. The individual pieces share a creative process that relies almost solely on oral and aural transmission: musicians visit Radigue at her apartment in Paris, often returning for multiple sessions before the pieces are completed. Solo pieces are typically based on a combination of pre-prepared sonic materials from which Radigue selects sounds and a water-based image that guides the form of the piece. 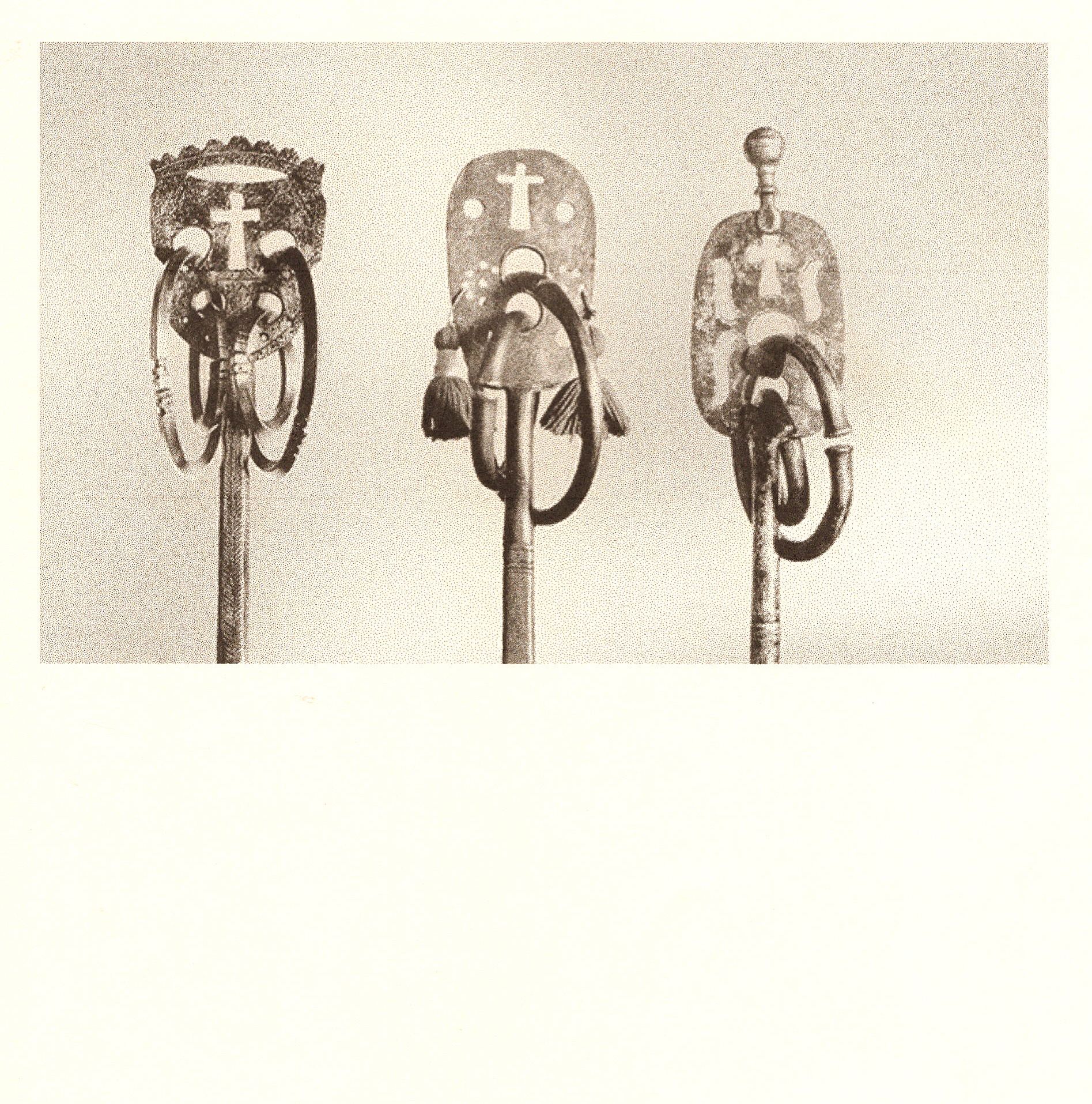 "Farmer, blood of the servant,
your plow is left without music"


E SÔNA (“it sounds” in Romagnolo dialect) is a project by sound artist Enrico Malatesta. Using sound as a means of knowledge and linking elements of Romagna's folklore and its rural rituals with the territories and communities encountered at each stage of the project, the work investigates the relationship between rural, magic–technology and local beliefs. The research is based on a long-term investigation held my Malatesta on the CAVÉJA DAGLI ANËLL, a shaking sound instrument equipped with tuned metal rings and used in agricultural work and in multifunctional ritual practices, and on the BRONTIDE, an unexplained acoustic phenomenon, similar to the sound of a landslide or an explosion in the sky (in English as skyquakes), nowadays no longer audible, and of which memory has been lost. Malatesta’s intent is to overlap the energy of these instruments and phenomena on the sound characteristics of the encountered working field and community: the final aim is to go beyond the conceptual boundaries of local culture and transfer the vitality of identity and popular sound habits and beliefs in the contemporary fields of music and performance. 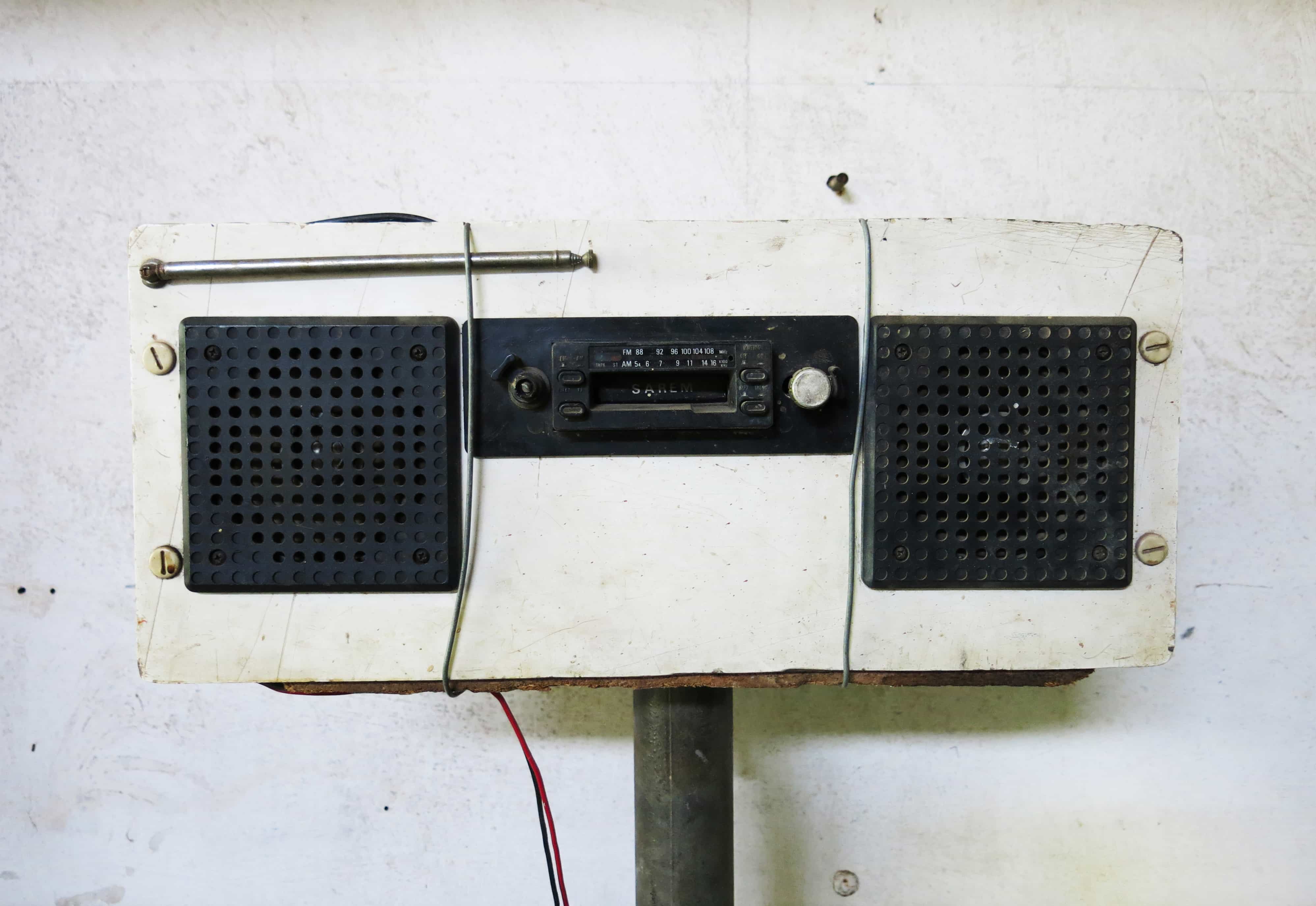 My grandfather is a farmer, radio amateur and an accumulator. I can recognize his way to accumulate very common through the people of his age that come from the rural area; the aim of the accumulation is totally functional toward preserving fragments, iron, wood and all the components of electrical and mechanical devices that can be used to fix malfunctions of the machines and tools used in the agricultural field. Nonetheless, I noticed that he has a slight attraction to sounds and sometimes he reassembles things creating rudimental sound-devices that are scattered in the field and that start to be used by my family – and the people reaching home to buy vegetables and fruits – like entertainment and/or sound signals.

In the spring of 2023 I am going to start a series of sound-based and self organized events revolving around the sound-devices and radios built/assembled my grandfather around my family's agricultural field.

• CYMBAL: an old and very cheap cymbal that I bought in a flea market (more than 15 years ago) and that I had trashed in the garbage. I found this cymbal in the field in the summer of 2016, reassembled with a system of suspension made with a car belt, two screws and a rusty iron knocker. The cymbal and the knocker, in that condition, are let free to move on the wind spreading small sounds by touching one to another. My grandfather hung the cymbal because when he hears its sound he remembers me and the time when I was playing the drums all the day in his shed. My grandmother, on the other hand, has started to beat it as loud as possible in order to advise to my grandfather when the lunch is ready: she is tired to shout at him every time.

Lily Star is a selection of modified texts, anthropological annotations, anecdotes, fake names and speech fragments collected and then assembled by the author during several years of employment as a fireworks seller.
The fieldwork was then expanded through internet-based researches; the aim of the book is to present a flow of information concerning the socio-cultural and ecological implications, the rhetoric of trade, the rules, the semantic aesthetics of nomenclatures and descriptions, the aberration of use of fireworks and the sound & light synesthetic presence of pyrotechnics in different contexts of celebration and entertainment. Far from proposing a finished project the book is the starting point for a series of sporadic interventions dedicated to fireworks using different formats: lectures, readings, listening sessions.

Lily Star is a stage for the ephemeral power of fireworks and its transfer from the sky to the medium of text. Copies are available from Lorenzo Senni's Presto. 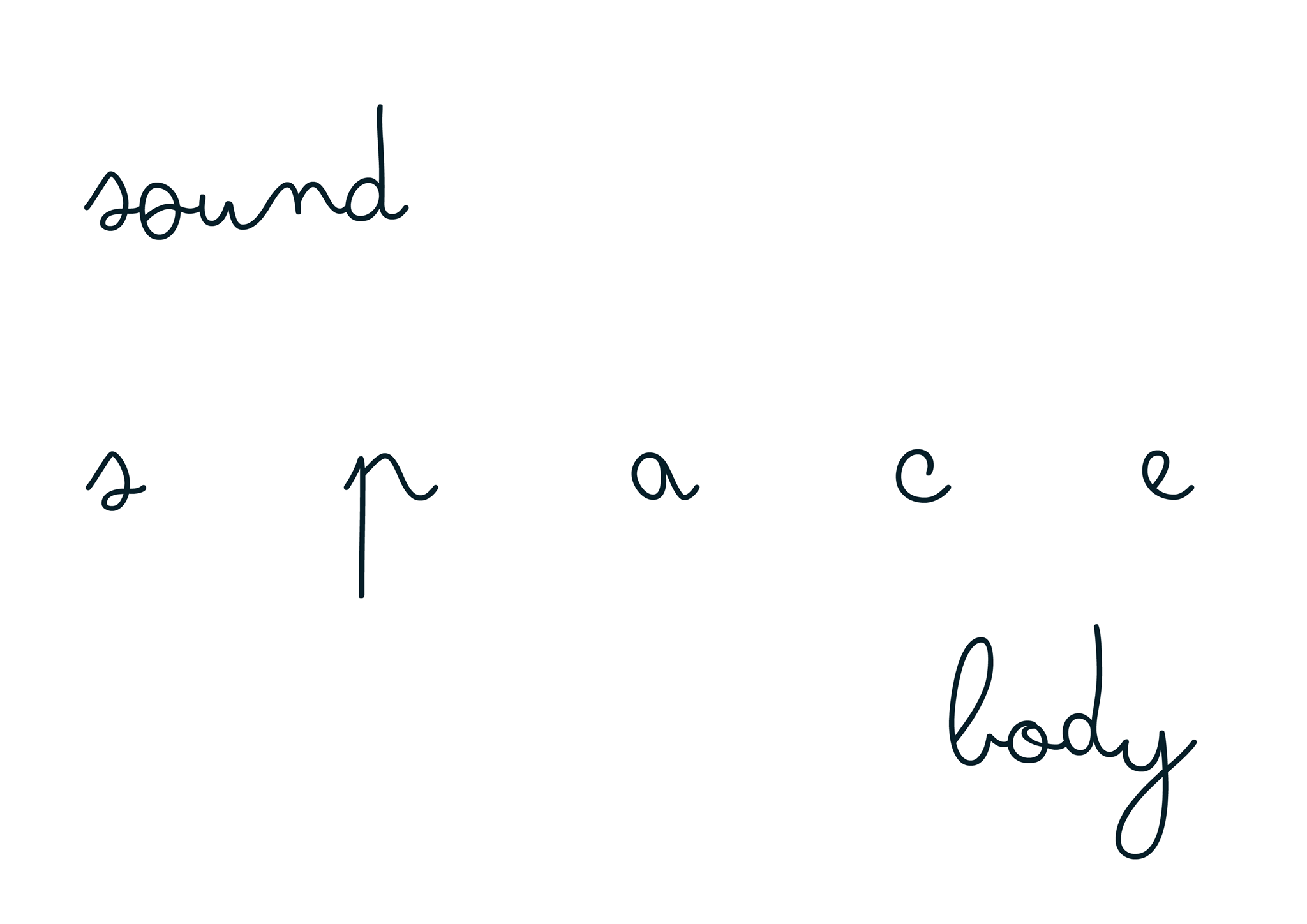 Incredibly happy to present a new version of SOUND SPACE BODY, a listening workshop conceived and realized with Attila Faravelli that is going to be presented in the frame of PARADISE • IL PAESAGGIO CHE VORREMMO POTER DESIDERARE, a project curated by Chiara Bersani and Giulia Traversi for SPAZIO KOR in Asti, Italy.

From November 30th to December 4th at SPAZIO KOR, Asti. 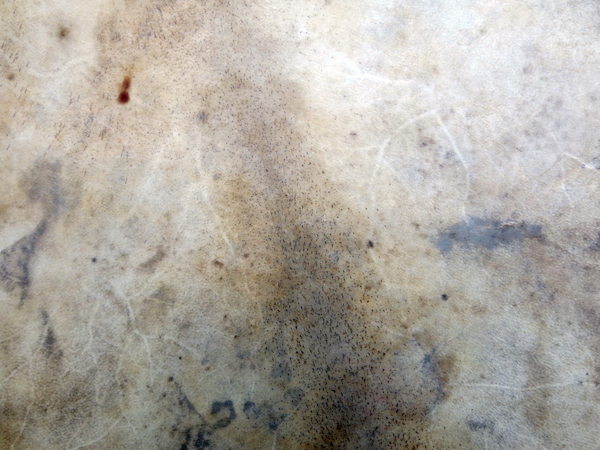 Annotazioni Superficiali is an on-going collection of listening exercises, scores and texts; it consists in the transcriptions of my personal journal, started in 2009, and revolving around my experiences in the field of performing arts, music/musical instruments and sound ecology. Starting on this writings, the project finds its sharing format through listening workshops dedicated to performers, dancers and anyone with an interest in exploring the relationship between sounds, space, the body and the vibrant matters that inhabit our surroundings. The project is currently in Italian. 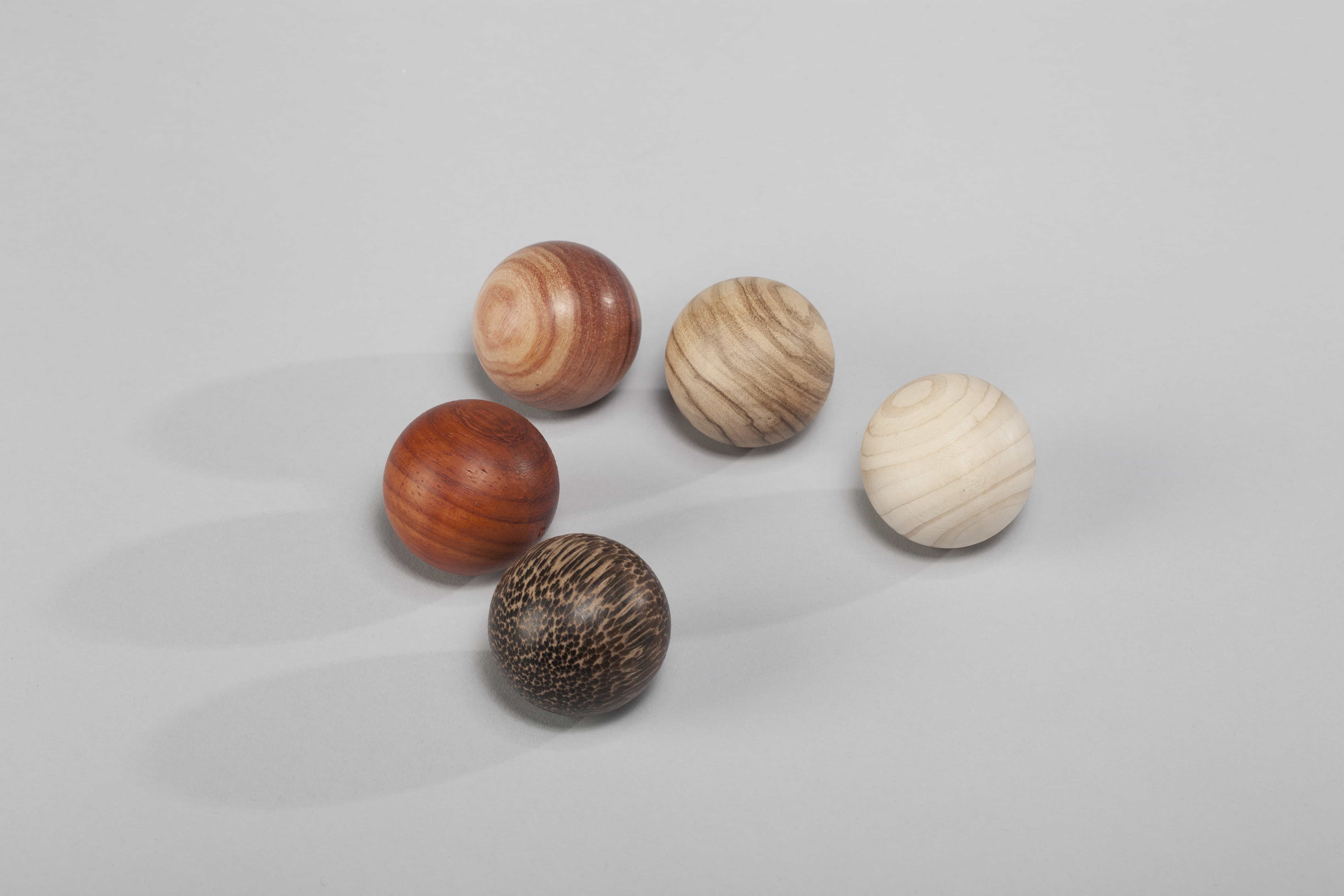 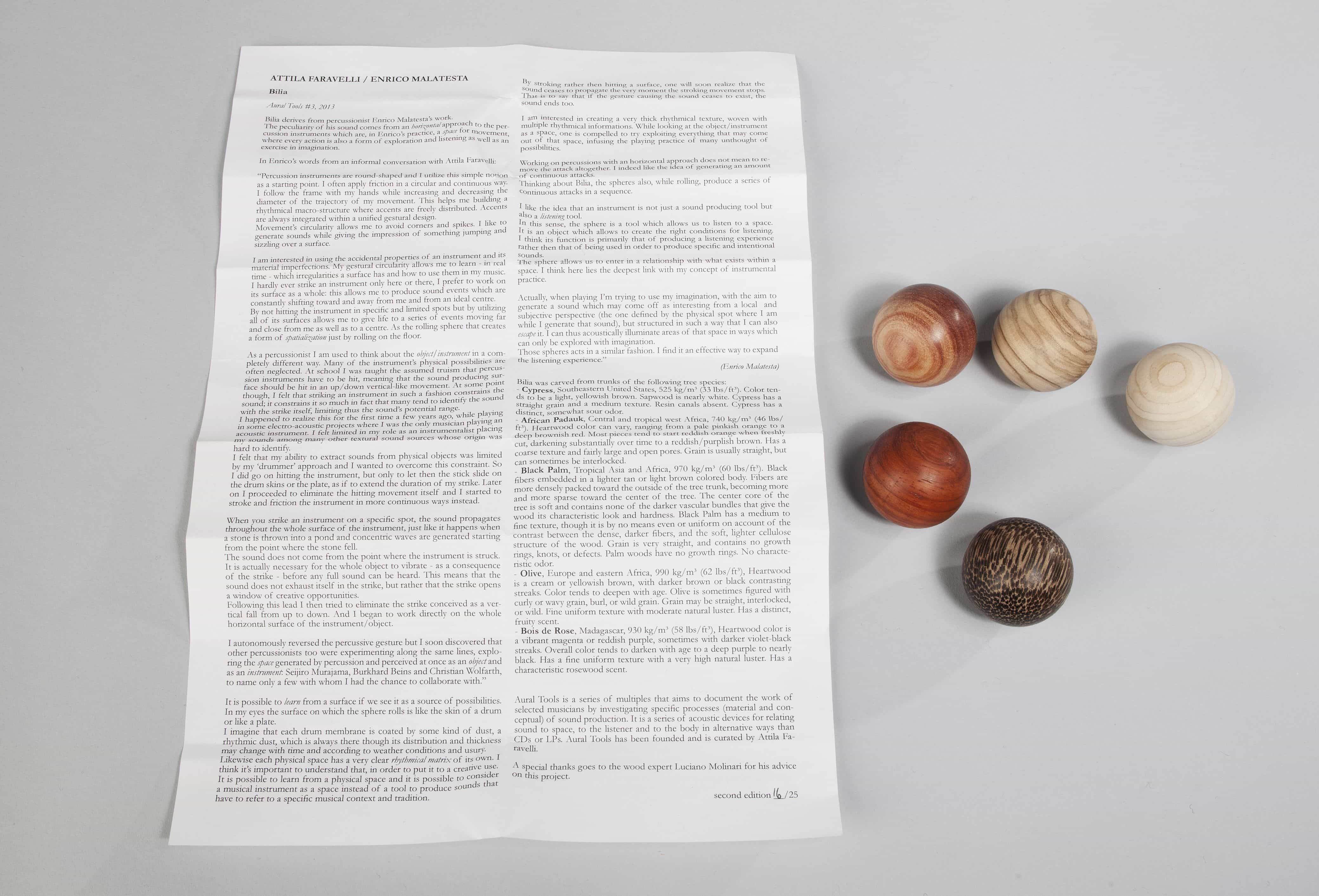 The releases I worked on for Attila Faravelli's AURAL TOOLS are available:

Aural Tools uses small runs of simple objects to document the material and conceptual processes of specific musicians' sound production practice. It is a series of devices for relating sound to space, the listener and the body in ways unavailable through traditional recorded media such as CDs or LPs. 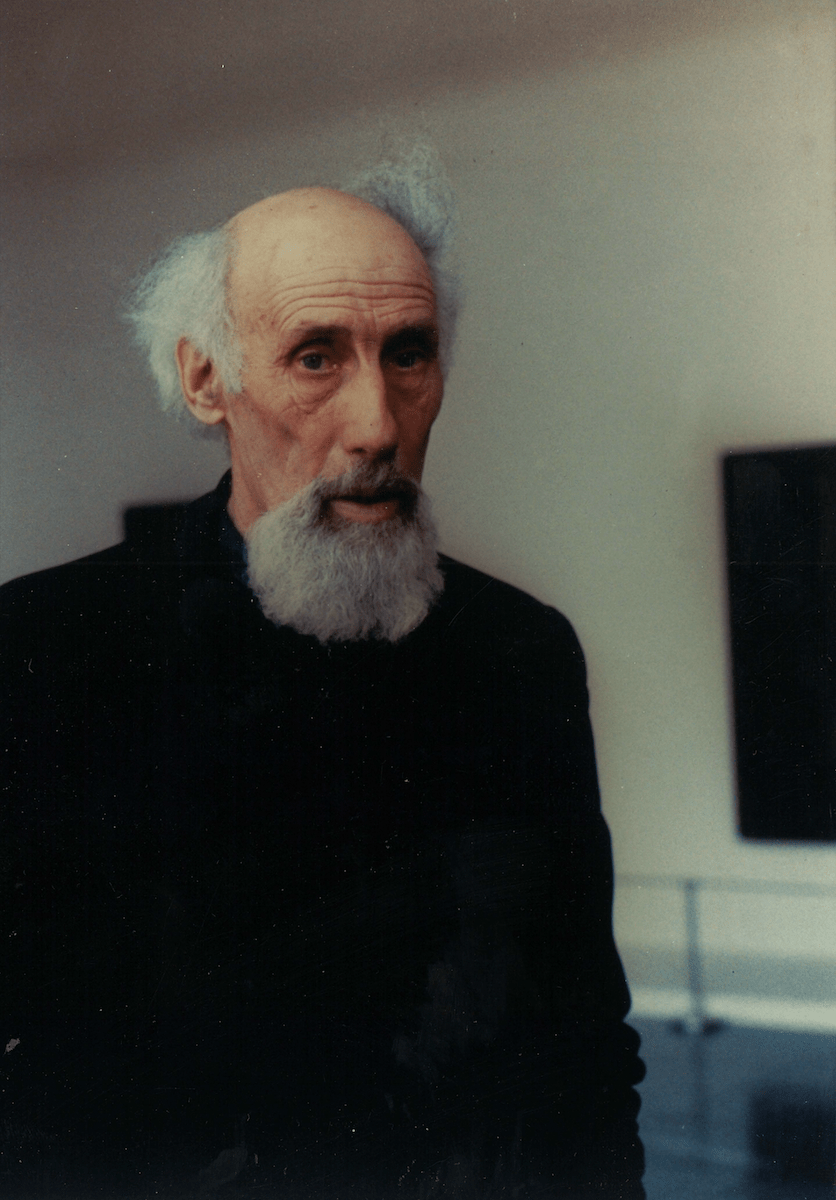 i lift
one stone
and i am
thinking

Thanks to the permission from the ROBERT LAX LITERARY TRUST I have officially started to work on a new, long-term project, revolving around the beauty of ROBERT LAX's poems.

_
Robert's portrait has been taken at Staatsgalerie in Stuttgart, in 1985, by ©Judith Emery. 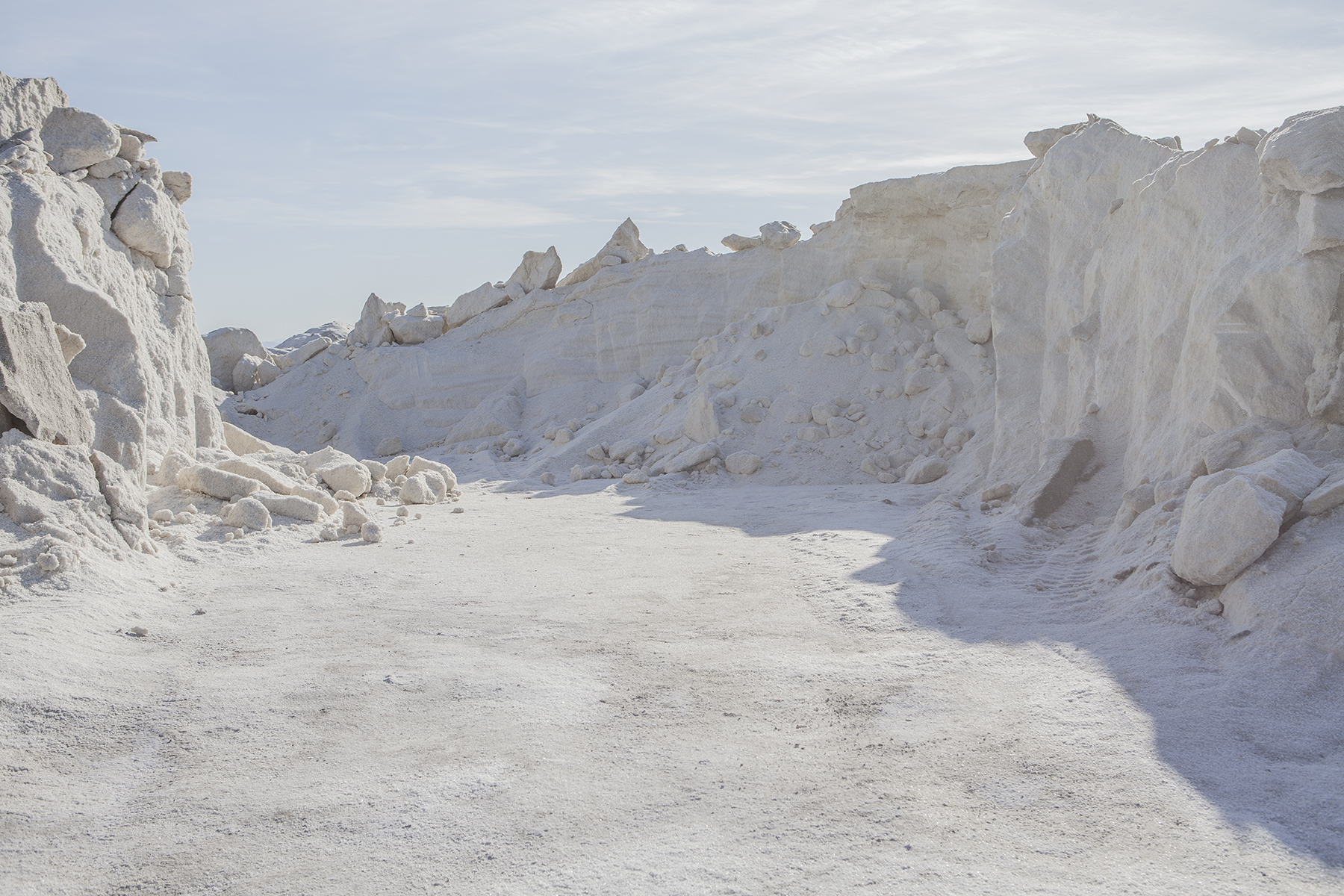 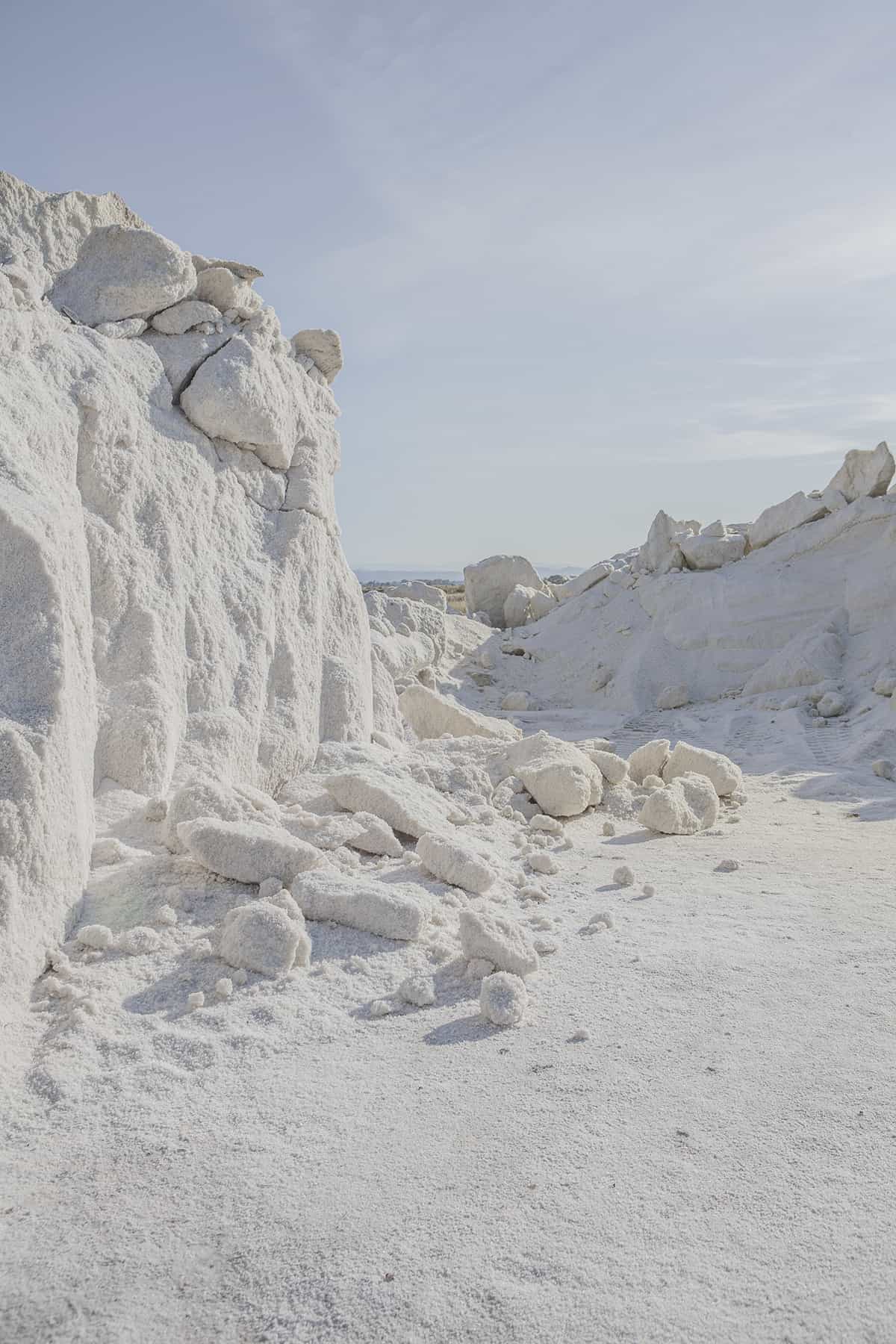 Elementi is a festival dedicated to contemporary music and performing arts whose intent is to present to the public the transversality of contemporary languages in relation to the emotional power of symbolic and uncontaminated landscapes of the Romagna region.
The project is curated by MAGMA and MU in collaboration with the Municipality of Cervia. 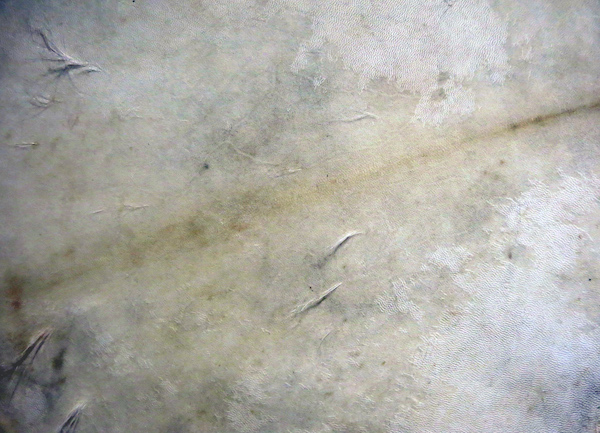 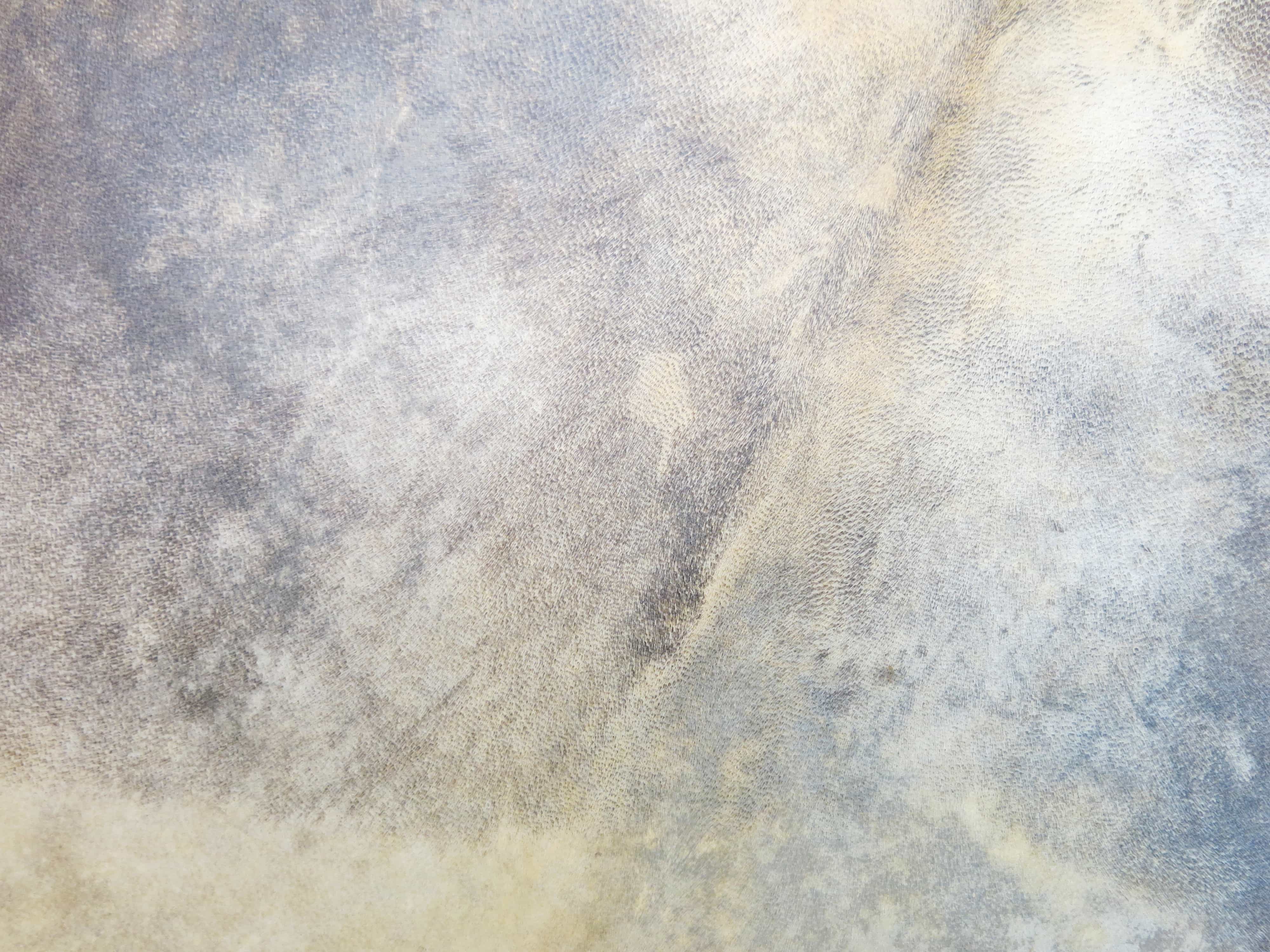 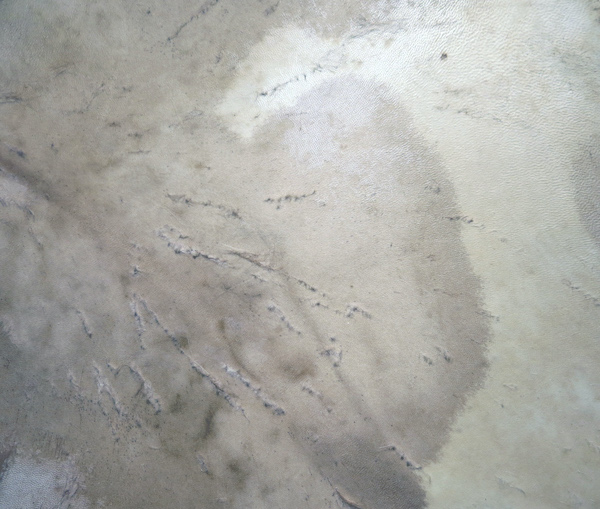 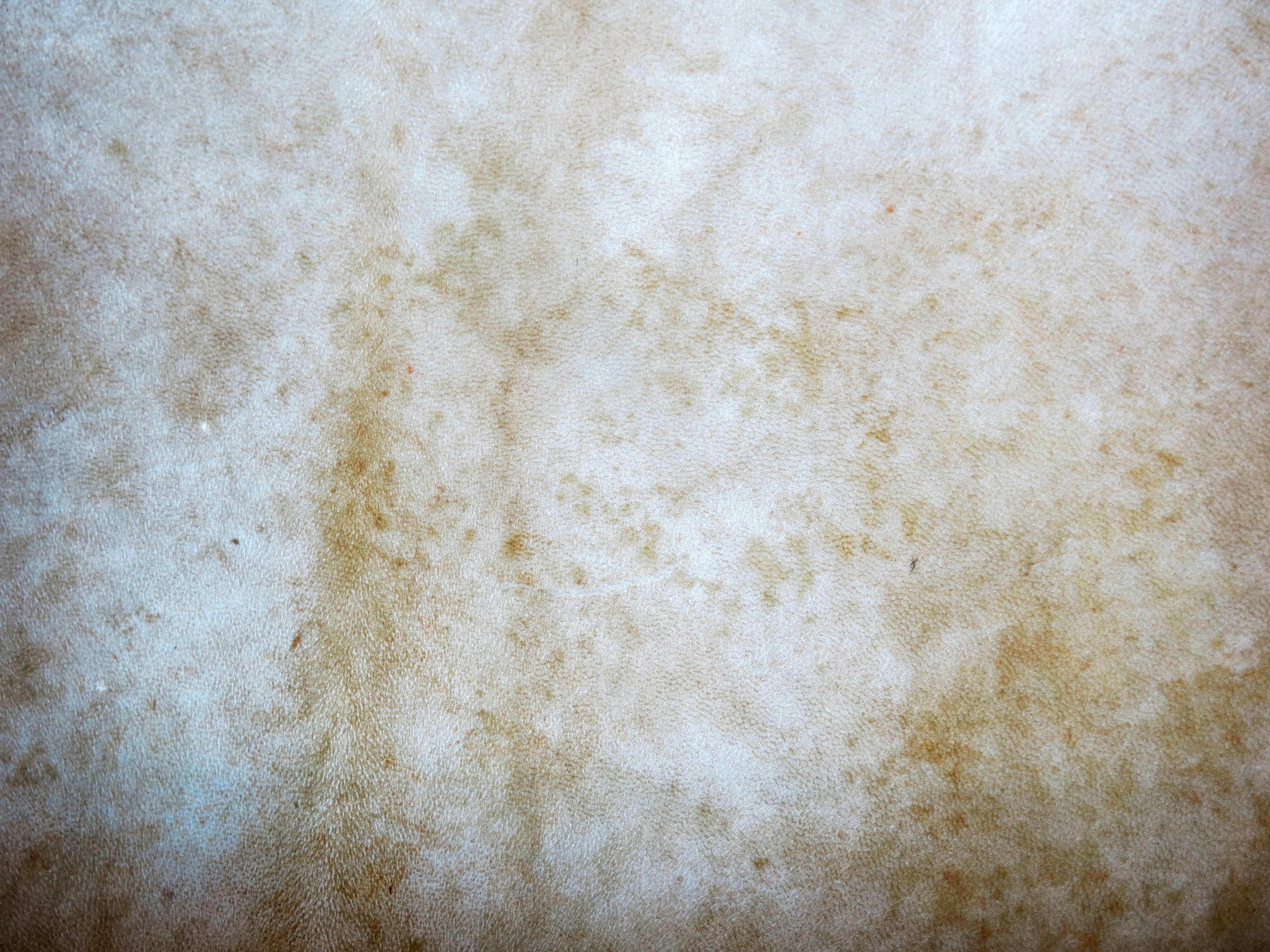 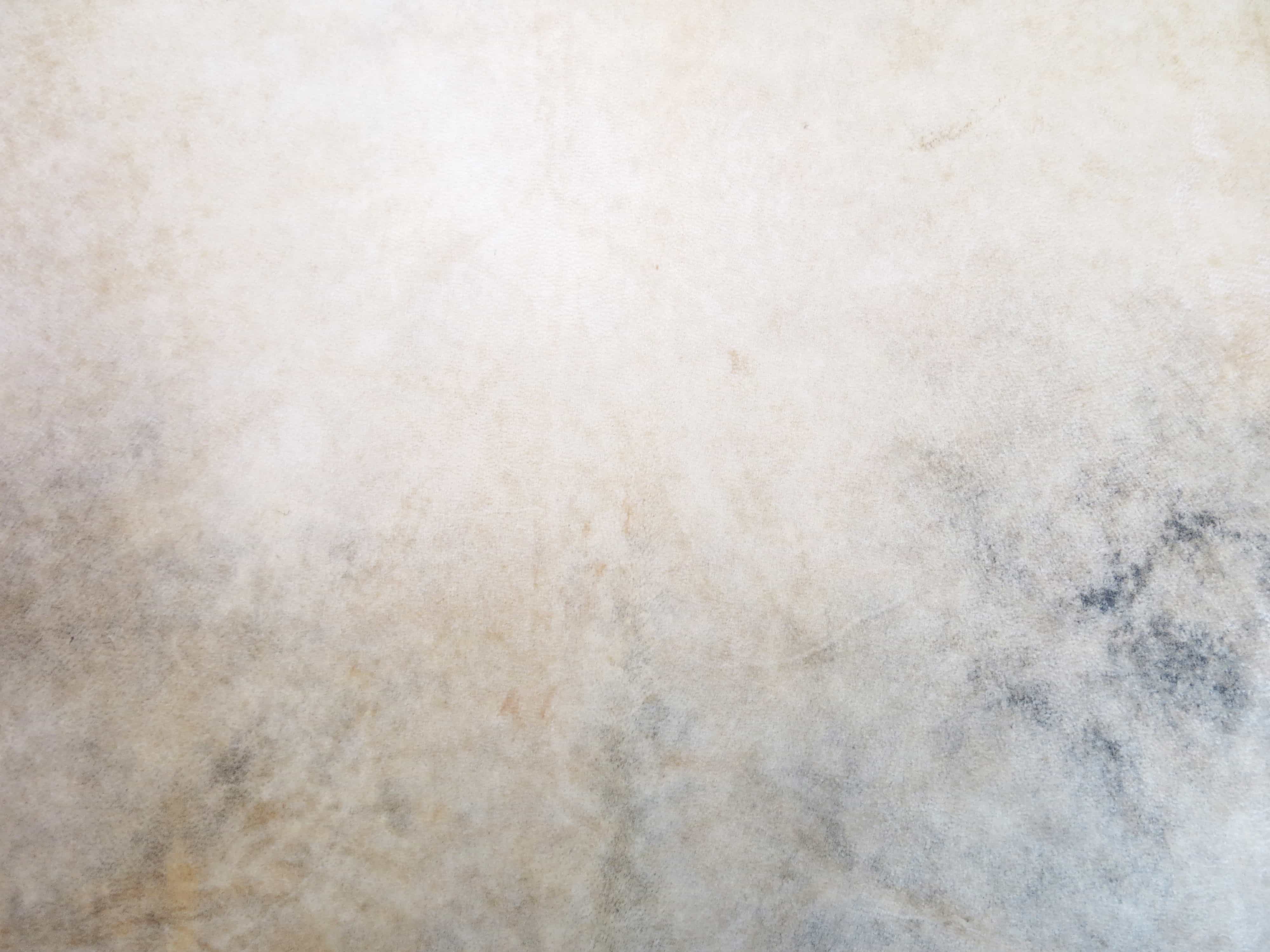 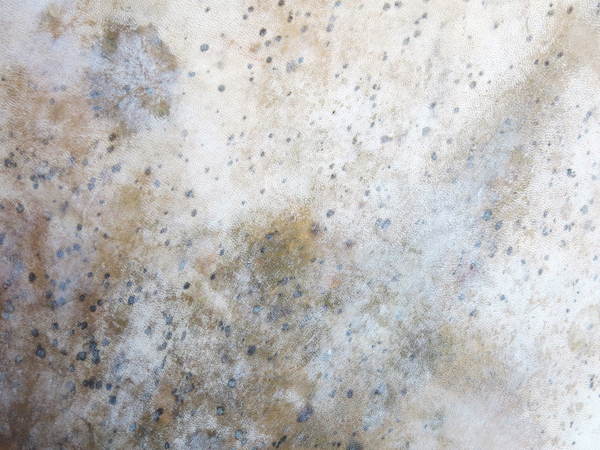 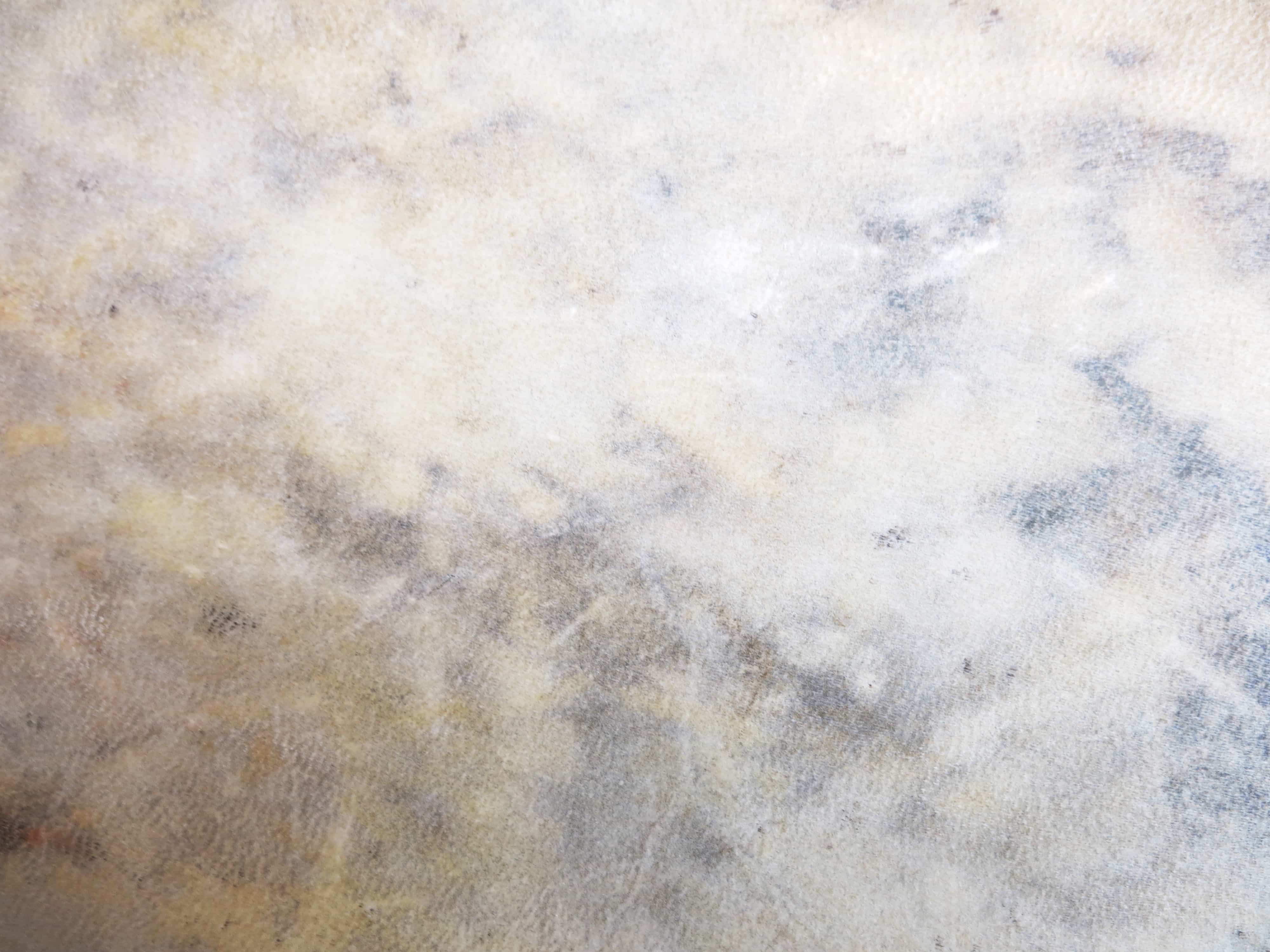 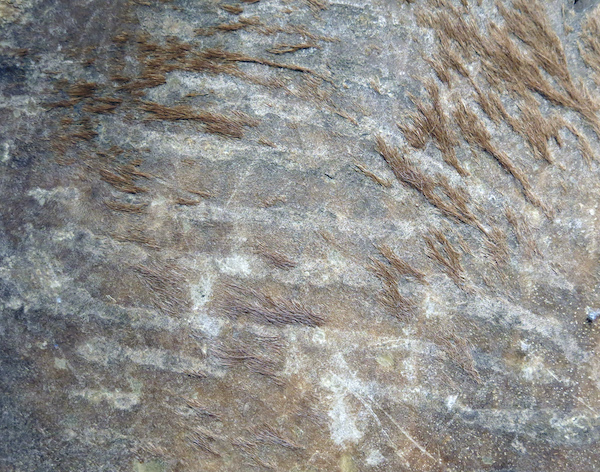 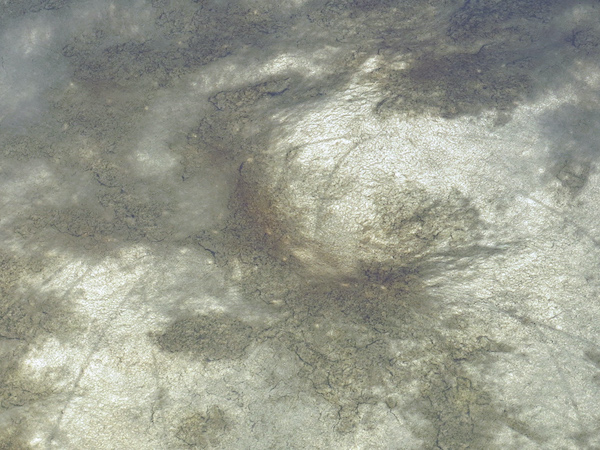 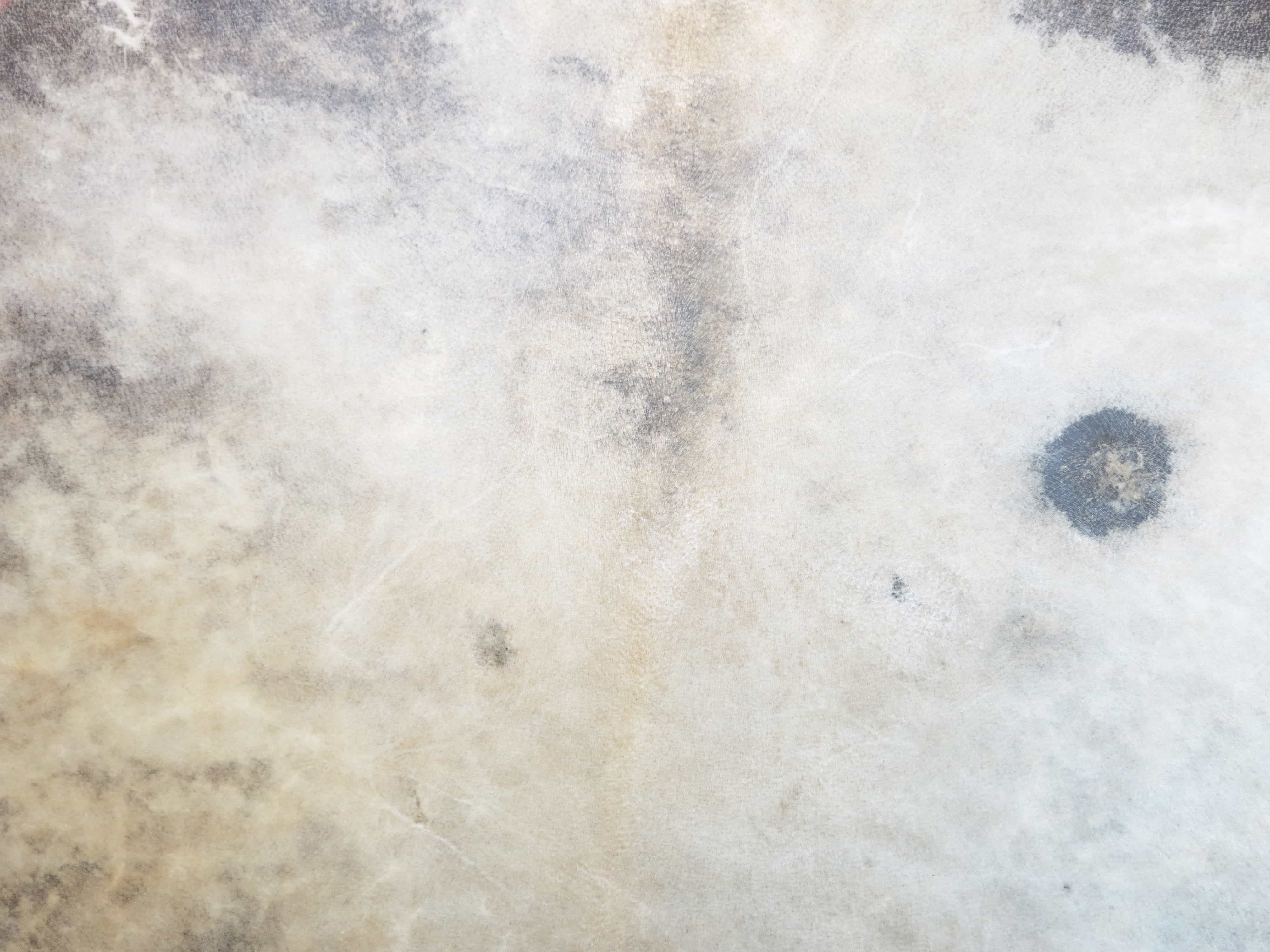 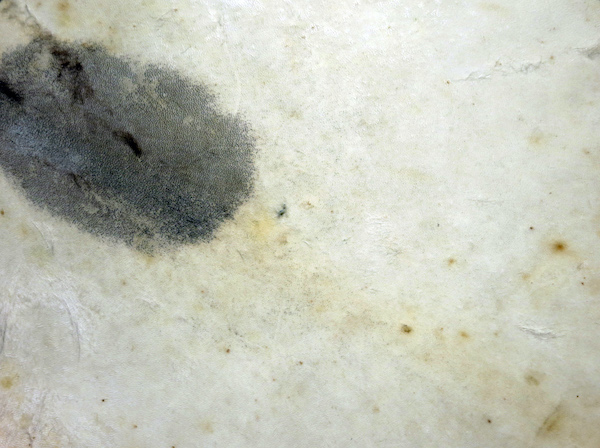 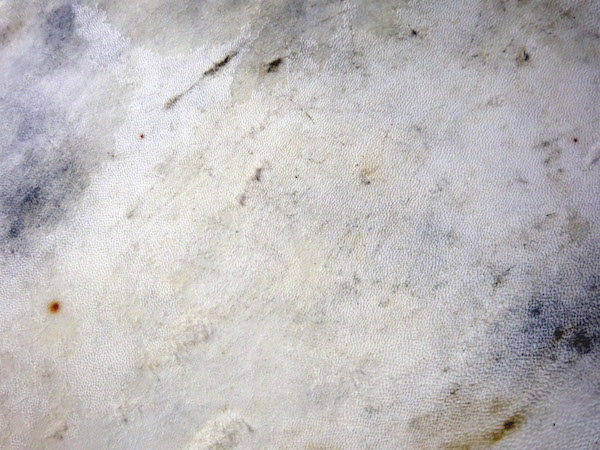 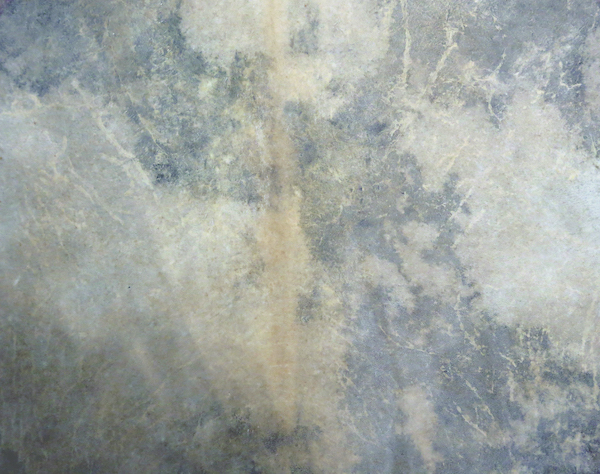